The Ilmenau - an enchanting river on the moors

The landscape of the Ilmena lowlands is fantastically varied. It is characterised by wide meadows and pastures interrupted by rows of trees, interspersed marshes and swamp forests. The idyllic heath river Ilmenau is a largely natural flowing watercourse with numerous side streams. It is by far the largest and most important watercourse in the Lüneburg Heath.

The course of the river

The Ilmenau arises south of Uelzen from the confluence of the Gerdau and Stederau Heath rivers. It meanders more or less strongly through the varied landscape until it finally flows into the Elbe at the gates of Hamburg near Hoopte. On these 90 kilometres or so it flows through places like Bad Bevensen, Bienenbüttel, Deutsch Evern and Lüneburg. North of Lüneburg, the Ilmenau merges into the Ilmenau Canal and from there onwards can only be considered close to nature to a limited extent. 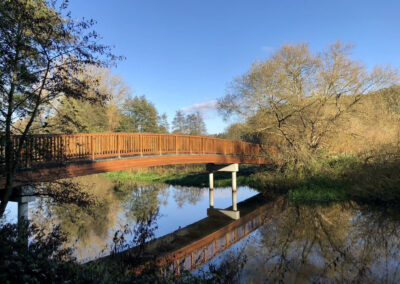 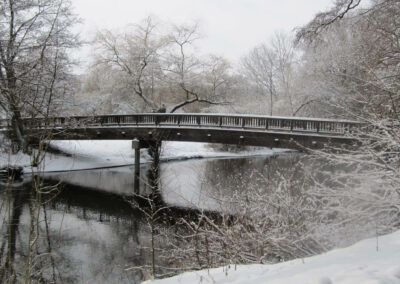 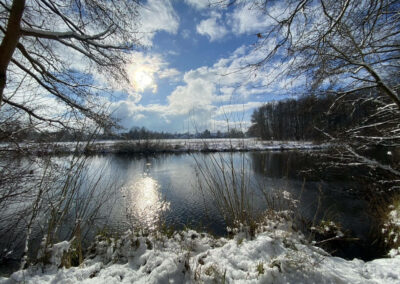 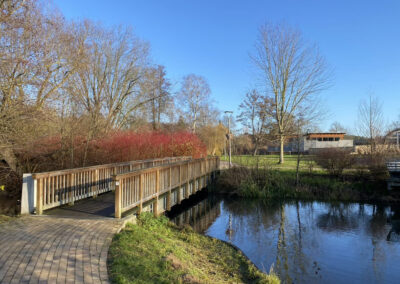 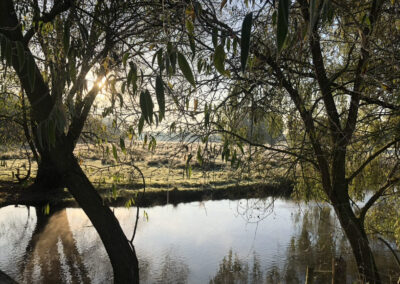 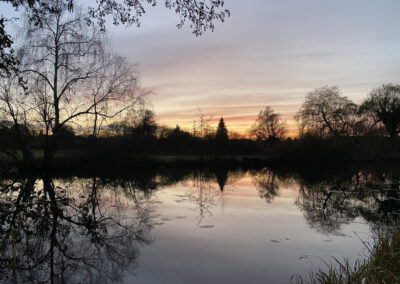 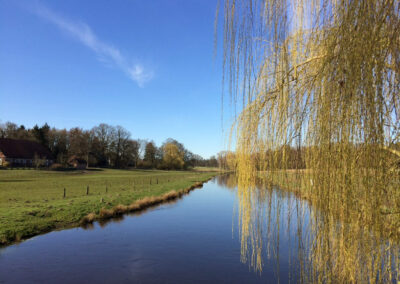 Since 1999, the river has been a "European nature reserve" according to the Fauna-Flora-Habitat Directive (FFH). In FFH areas, special emphasis is placed on the preservation of biological diversity. This in no way means that humans are excluded from these areas. Rather, the basic idea behind FFH areas is to experience and enjoy nature without disturbing the animals and plants living there.

The Ilmenau with its tributaries and floodplains is particularly important as a habitat for numerous animal and plant species worthy of protection. For example, the area is home to the green damselfly, a dragonfly species, the otter and the brook mussel. In addition, the Ilmenau is characterised by a very species-rich fish fauna, including grayling, salmon, minnow, bitterling and bullhead. Invertebrates are also abundant. Typical bird species are kingfisher, mountain wagtail, oriole, lesser spotted woodpecker and nightingale. 68 different species of mayflies, stoneflies and caddisflies alone, including 25 "Red List" species, have been found here.

Cycling along the Ilmenau is a real experience. The Ilmenau cycle path, which follows the headwaters and banks of the Ilmenau as closely as possible, runs right through the FFH area. By largely avoiding additional path construction measures, the impact on nature and landscape could be kept very low. The successful conservation measures and natural highlights of the Ilmenau nature reserve are explained in detail at 31 nature information points.